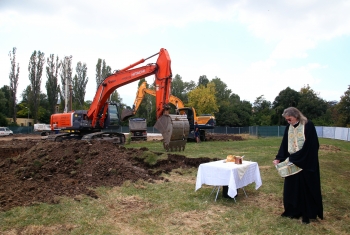 On September 13 2018, the first dig of NV Tower was made–a large and innovative project for a multifunctional building, located in an attractive area in the south-eastern part of Sofia city, on G. M. Dimitrov Boulevard near the crossroad with Dragan Tsankov Boulevard.