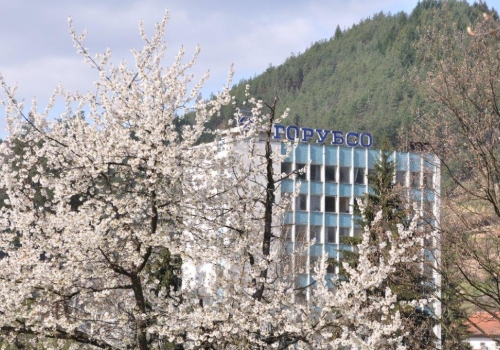 Gorubso-Madan JSC and Varba - Batantsi JSC are situated in the south central part of the Republic of Bulgaria,270 km away from the city of Sofia, 30km away from the town of Smolyan in immediate proximity to the Bulgarian-Greek border. It consists of three concession areas:‘Krushev Dol’, ‘Petrovitsa’ and ‘Varba - Batantsi’.

The ore deposits are situated in the southern part of the Madan Ore Field. The ore minerals constituting the vein and metasomatic ore bodies are galena, sphalerite, chalcopyrite, pyrite, arsenopyrite, etc. The annual production is 358 800 tons of ore.

Since the acquisition of the concessions in 2012, the companies have travelled a long way of technological modernization. They have successfully introduced the so-called New Mining Model by gradual replacement of the rail track equipment with underground front loaders and jumbos and mining trucks with a wheel drive. Modern roadheading equipment and equipment for the flotation works was supplied by leading companies: Atlas Copco, Sandvik, Aramine and Metso. With the supplied machinery, capital sloping galleries were drilled at depth to gradually open, prepare and mine the proven geological reserves.

As a result of the investments made, the modernization of the mine and the flotation works, an annual production of lead and zinc concentrates was achieved in the amount of 26 400 tons per year.

The processing of lead-zinc ores is carried out in the flotation works and the waste is discharged to a tailings pond.

The daily production capacity of the flotation works is the processing of 1300 tons of ore.

The tailings pondis located 3 km from Rudozem Flotation Works. In 2017 – 2018 the lower and upper protective walls were superstructured and the emergency overflow was extended by 20 meters.